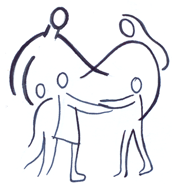 Next week in Strasbourg FAFCE President, Antoine Renard, will intervene at the meeting of the European Parliament Intergroup for Family Friendly policies, on the occasion of the international Day of the Family, celebrated on the 15th of May every year, as proclaimed by the United Nations General Assembly in 1993 with resolution A/RES/47/237. The meeting will take place in the European Parliament in Strasbourg on Thursday between 10.30 and 12.00, following a press conference which will take place at ten o'clock.

Forum delle Associazioni Familiari (Italy): Celebration of the International Day of the Family
On the occasion of the 22nd International Day of the Family, our Italian Member, Forum, organises a meeting with the Italian Family Minister, Enrico Costa, together with a demographer, an economist and an OECD Official. This event will take place in Rome on Saturday 14 May and will focus on "The Family as the true enterprise in Italy". The President Gianluigi De Palo will chair.

The Charlemagne Prize (Internationaler Karlpreis der Stadt Aachen) awarded today to Pope Francis
The Charlemagne Prize (Internationaler Karlpreis der Stadt Aachen) is awarded every year to recognise work in the service of European unification. This year Pope Francis was awarded with this prize and the ceremony, which usually takes place in Aachen, took place this morning in the Vatican. At this link you can watch and read all the speeches of this ceremony, attended by several Heads of States and Governments as well as by the President of the European Council, Donald Tusk, the President of the European Commission, Jean-Claude Juncker, and the President of the European Parliament, Martin Schulz. In his speech the Pope talked about his dreams on Europe, "a Europe where young people breathe the pure air of honesty, where they love the beauty of a culture and a simple life undefiled by the insatiable needs of consumerism, where getting married and having children is a responsibility and a great joy, not a problem due to the lack of stable employment. I dream of a Europe of families, with truly effective policies concentrated on faces rather than numbers, on birth rates more than rates of consumption".

Council of Europe
Surrogacy Report to be debated at the next Social Affairs Committee Meeting, in Paris on the 2nd of June 2016
During the PACE Session, the Social Affairs Committee had two exchanges of views in order to decide on how continuing to work on the issue of surrogacy. The current Rapporteur, Petra De Sutter (Socialists, Belgium), informed the Committee that she wants to keep this role: according to the interpretation of the rules of procedure given by the Secretary General of the Assembly, Wojciech Sawicki, this means that she remains the only owner of the procedure, until the end of the mandate, on the 3rd of October. Mr Sawicki came at the Committee meeting yesterday with the purpose of clarifying these points of the rules, which were not clear for none of the Members and which can be the object of a subjective interpretation. According to the official interpretation given by the Secretary General, the Rapporteur is now free to resign, but also to work for a new report. In any case, the Rapporteur will always need the approval of the majority of the Committee to complete the procedure or to postpone the deadline of the mandate. The clear risk is that the Rapporteur will seek the approval of the Committee on a compromised version of the rejected report, with a partial acceptance of surrogacy. FAFCE is informing the Members of the Committee about the possibility given by the Rules of Procedure of the Assembly (Rule 26,4) to refer the mandate on this dossier to the Assembly, which is enabled to stop the whole procedure before the 3rd of October. We will continue to follow this complex dossier and will keep you informed, hoping in your support for contacting national Deputies.

Church
Pope Francis' General Audience
On Wednesday 4 May Pope Francis held his Weekly General Audience in Saint Peter's Square in Rome, having a catecheses focused on Jesus' parable of the Good Shepherd. Click here for the English digest of his catechesis.